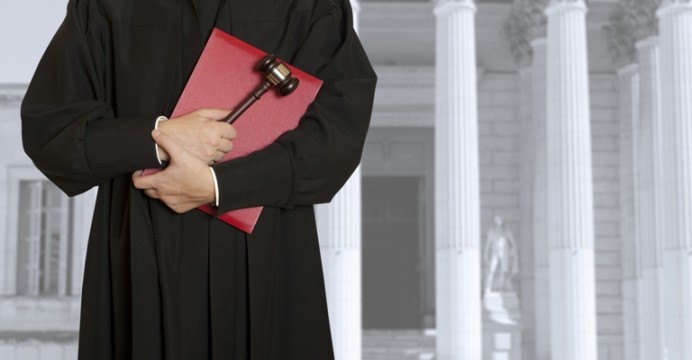 Legislation in Australia allows people to apply for three types of intervention that affect family members:

Specific orders made under each category are described in Complexfamilies.

Family Law Courts (Family Circuit Courts) were established under Commonwealth legislation initially to deal with separating parents who dispute either the amount of time a child should spent with each parent (time spent), or parental responsibility to make decisions about major long term topics.

Judges of a Family Law Court can request a family assessment that is provided by a family consultant who is a social scientist appointed by the court.  Family assessments are commonly broad assessments of the functioning of the whole family that identify specific issues of concern to the Court.

Family Law Courts prefer to make only orders that can be enforced.

Children’s Courts are established under State and Territory legislation primarily to protect children when allegations are made of child mal-treatment (abuse or neglect) and of inadequate parenting capacity.

Police and Magistrate Courts are able to issue an intervention order if there are reasonable grounds to suspect that a named person will commit an act of abuse against another person, and if the order is appropriate in the circumstances.  Intervention orders are enforced by State Police.

One form of intervention order is an Apprehension of Violence Order AVO.

Abuse to a family member includes physical injury, emotional or psychological harm, unreasonable denial of financial or social or personal autonomy, or damage to property.

Examples of acts that produce emotional or psychological harm to family members are: driving in a reckless manner while a person is a passenger, following a person, loitering near a place of residence, interfering with property, sending offensive material, publishing offensive material, communicating negatively with others about a person, surveillance of a person, making derogatory taunts to the person, withholding medication, threatening to withdraw care from a dependent person, and removing joint property without permission.

An intervention order continues until it is revoked or varied.

Amendments to the Australian Family Law Act introduced in 2006 and have changed practices in Family Law Courts.

Best interests of the child

The 2006 amendments to the Family Law Act require courts to make decisions in the best interests of a child by considering two primary considerations:

A later amendment requires Family Law Courts to give greater weight to protecting children from physical and psychological harm arising from a child being subject to or exposed to family violence.

Criteria for best interests of a child

The 2006 amendments to the Family Law Act identified criteria that judges must consider when making decisions about what is in the best interests of a child, including that:

Rulings on these topic have been published in court decisions.

Australian legislation presumes that all adults have the capacity to be an adequate parent (parenting capacity).  A parent’s attitude towards their child, and commitment to meeting the responsibilities of parenthood are relevant to parenting capacity.  Any person who alleges that an adult is not a competent parent (or lacks parenting capacity) must provide evidence to substantiate this claim.

A judge must consider the capacity of each parent to provide for the needs of each child including the physical, emotional and intellectual needs of a child.

Standards for adequate parenting are being established in case law, often after evidence is presented by at least one expert.

Judges in Family Law Courts are required to listen to views expressed by a mature child, or to hear the child’s wishes.

Australian law courts distinguish between adults who are able to provide their own informed instructions and children who lack the capacity to give informed instructions or to make informed decisions (capacity to decide).  Family Law Courts are able to appoint a solicitor (Independent Children’s Lawyer ICL) to represent the best interests of a child who lacks capacity.  The ICL is not required to present views expressed by the child, or even to interview the child.

The age of maturity in Australia when children are recognised as able to make their own legally binding decisions affecting family matters is 16 years.

Family violence is defined in the Family Law Act as violent, threatening or other behaviour that coerces or controls any member of the family or causes a family member to be fearful.

A child is exposed to family violence if the child overhears threats of death or personal injury, sees or hears an assault, comforts or assists a family member who has been assaulted, cleans up a site that has been intentionally damaged, or is present when police or ambulance officers attend an incident of family violence.

Four types of family violence are distinguished in the Family Law Act:

Abuse of a Child

Abuse of a child (child abuse) is defined in section 4 of the Australian Family Law Act as:

Biological parents share the authority to make decisions on major topics affecting their child until the child reaches the age of 16 years.  However if separated parents cannot agree about major long term issues affecting a child following negotiation and mediation, then a Court may allocate authority (parental responsibility) to make major decisions affecting  a child to one parent or guardian, or the court may itself make a decision.

Australian legislation requires courts to begin with a presumption that it is in the best interests of a child for parents to share parental responsibility.   This presumption can be rebutted if evidence is presented that specific conditions have occurred including:

Family Courts can order any of three arrangements when allocating parental authority that authorises parents to make major long term decisions about a child:

Topics that are identified in the Family Law Act as having a major long term impact on a child are: the child’s education, religious and cultural upbringing, health and special needs, child’s name, and any change to a child’s living arrangements that make it significantly more difficult for the child to spend time with either parent.

Some courts have included further topics such as: inter-state travel, regular extracurricula activities outside of school hours, and an application for a child to have a passport.

A parent forming a new relationship is not included in the Family Law Act as a major topic that affects children.

If parents do not agree on what is in the best interests of their child after discussion and mediation, then one parent can take a dispute to a family law court for a decision about the disputed topic.

Family law courts can order any of six decision-making processes about major topics that have a long term effect on a child:

Court rulings have clarified that decisions about non-major topics (daily welfare) are made by the parent with whom the child is spending time, unless a different order is made by the court.

If it is demonstrated that parents are unable to reach agreement following discussion and mediation about time spent with a child, then a judge will make a decision about how much time a child will spend with each parent.

Three categories of time spent with children are distinguished in Australia for the purpose of Child Support Agreements:

Five other terms are commonly used to describe the time a child spends with parents:

Who a Child Communicates with

The Family Law Act authorises judges to make orders about the type of communication a child may have with a parent.

A judge issues final orders about parenting arrangements after hearing submissions about the case.  A parent can request a change to final orders only if it can be shown that there has been a significant change of circumstances that justifies re-opening the case.  Arguments about changed circumstances that have been submitted to Family Law Courts are summarised in Court Rulings.

A parent can draw the attention of a family law court that another person has contravened or not complied with a court order by submitting a contravention form.

State and territory Governments in Australia have passed child protection legislation that governs the operations of Children’s Courts.

Child protection legislation commonly requires named professionals to make mandatory notifications if they have reasonable grounds to be concerned that a child is being or is at risk of being maltreated by child abuse or neglect.

A review by the Australian Institute of Health and Welfare in 2010-2011 found that only 15% of notifications required statutory action by child protection departments, while the other 85% of notifications were not immediately acted upon.

Child protection assessments examine whether there are risk factors for a child being mistreated.

A child protection assessment can lead to a range of recommendations including:

Children’s Courts are able to issue child protection orders for either a short term care and protection order for about a year, or a long term guardianship order until a child is aged 18 years.  Orders are implemented by staff of the Child Protection Department.

Australian law has the following presumptions.  Any person who wishes to establish the reverse of a presumption has the onus of submitting evidence to prove their case (burden of proof).

Australian legislation presumes that all adults are capable of being an adequate parent if provided with reasonable support.

The Australian Family Law Act has a presumption that when parents separate it is in the best interests of their children to have a meaningful relationship with both parents, provided there is no evidence of family violence or maltreatment that reduces the safety of children.